Unknown
Add Comment
Kamis, 05 Januari 2017
The moment I opened my eyes a new rush of adrenaline urged me on. The giddy feeling I couldn’t resist. At the back of my mind, I knew this would be a great day because it’s Valentine’s day. There were lot of what if’s in my mind, just like “unsa kaha i hatag ni bao” or “naa ba kaha cyay surprise”. There were lots of fleeting moments played in my head and it really thrilled me. I texted him goodmorning and greeted him. And because of too much excitement I called him. But he was too busy dreaming and sleeping so I kinda get annoyed. I kept on texting him “hey wake up” and even called him million times but wala jud cya ni mata.

9:00 am – he texted me good morning and greeted me too. And I was like ” thank god he’s awake”. Not that I expected, he got angry because he thought my message is a “gm” (group message) and I was like really? He said it wasn’t sincere because it was effortless. And because girls are too sensitive, my ears turned into red. But I remained calm kay lage its Valentine’s day. I even said sorry bisag wa koy sala niya but he didn’t accept it. I mentally killed him. Im kinda upset too! It was until I lost my temper. I cussed him and vice versa. The petty fight turned into world war iii.  I really cried because of too much upset. Until i was on the verge to break up with him. Really! I’m even more pressured because parents and sibs always asking how we are going to spend our Valentine’s. I cringe.

To make this short,
9:00pm – my phone vibrated. 5 missed calls and one text message from him. He texted “hoy” but I ignored it. While I’m eating my dinner, another vibration from my phone. I ignored it again. The moment I finished eating, another call from him I answered it and he said “gawas bi” but I ignored it again. My bro called me and said he was really outside our house. I really didnt believe it at first. So I hurriedly go out and bang, he really was there. He hugged me and kissed me in my forehead. And gave me this one 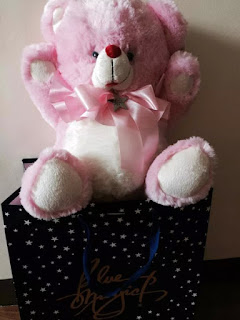 I was surprised then! He’s really a good pretender. It was really his plan to annoy me so that it would be sweeter daw. Hahays what a guy! He never fail to surprise me. And we decided to celebrate it outside. We went to It park to Mango Avenue to his house.

Just as I thought it would be the worst Valentine’s was turn out to be the funniest night ever! And I just got home from our yester-nights laag. 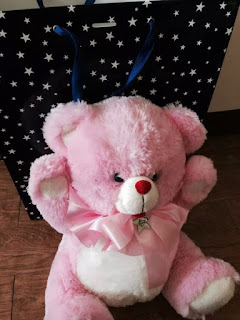 And this was how my Valentine’s went. How was yours so far?
Tweet

Title : Words fail me
Description : The moment I opened my eyes a new rush of adrenaline urged me on. The giddy feeling I couldn’t resist. At the back of my mind, I knew this w...
Rating : 5

0 Response to "Words fail me"